After completing the lecture notes for my upcoming spring courses, I wanted to read one of the many books that have recently arrived in the mail. Last night I finished Molly Worthen's Apostles of Reason: The Crisis of Authority in American Evangelicalism. This is an incredibly important book on the apparent paradoxes of evangelical Christianity, supplementing the recent work of other scholars, including Darren Dochuk, Larry Eskridge, Barry Hankins, Michael Lindsay, Randall Stephens, and David Swartz. Worthen offers an astute picture of modern evangelicalism from a critical perspective. While presenting evangelicalism as an extremely influential movement in the spread of global Christianity, Worthen does not hold back from targeting what she sees as weaknesses in this particular brand of faith.

Worthen is essentially critical of American evangelicals for wanting it all: reason and faith, the sovereignty of God and free will, salvation by grace and good works, and shielding themselves from secularism while being taken seriously in the world in which they live. A core argument in Apostles of Reason is Worthen's stance that American evangelicals are sheep without a shepherd. Whereas Roman Catholics can turn to the pope for leadership and guidance on ecclesial matters, evangelicals appear to be a scattered group of independent minds. Worthen writes, "The problem with evangelical intellectual life is not that its participants obey authority... The problem is that evangelicals attempt to obey multiple authorities at the same time" (258). Drawing on the work of Randall Stephens's and Karl Giberson's recent book The Anointed, Worthen reiterates that some of the loudest and most visible prophets of evangelical Christianity have had a greater influence on the conservative populace than respectable scholars such as Alvin Plantinga, Nicholas Wolterstorff, Nathan Hatch, George Marsden, and Mark Noll (see chapter 11).

An example of the multiple voices involved in evangelicalism can be seen in their interpretation of scripture. Although all evangelical Christians claim the Bible as their authority, they struggle to come to a consensus on how scripture is inspired. Should the Bible simply be touted ambiguously as "God's Word," or does it need a precise definition as inerrant or infallible? Is it heretical to speak of the "Word of God" contained in the Bible, in the way that Karl Barth theorized? Is the Bible a "storehouse of facts," according to what Charles Hodge proposed, or should it be accepted as more mysterious and feeling-oriented? These are some of the questions that Worthen identifies as causing sometimes fierce confrontations between evangelicals, who cannot reach an agreement that meets their Christian "worldview."

Throughout Apostles of Reason Worthen presents the rebels of evangelicalism--the minority groups who promoted the theology of Karl Barth and social activism, rejected Republican politics, wrote edgy newspaper columns in school papers, used nude models in art classes, heralded C.S. Lewis's imaginative outlook on Christianity, and welcomed the mysterious and liturgical practices of Anglicanism and Eastern Orthodoxy--as the heroes of modern evangelicalism. The villains of the story then become the fact-finding, legalistic, rapture-seeking, Enlightenment-based thinkers who stubbornly refuse to squash all traces of twentieth-century Fundamentalism. The subtle suggestion of Worthen seems to be this: for evangelicalism to be accepted in the mainstream as a intellectually-respectable movement, its adherents must be willing to challenge the norms of accepted Christian practices and ways of thinking, making adjustments to their views on the Bible, reason, philosophy, science, and theology as progress is made in these fields.

What I appreciate most about Apostles of Reason is Worthen's ability to offer new insight into modern evangelicalism. While telling the typical story of how the Christian Right emerged at the end of the 1970s to enter politics, and how Billy Graham and neo-evangelicals of the 1950s began gaining media attention in their revival meetings and with the founding of Christianity Today, colleges and seminaries such as Fuller (chapters 1 and 3), Worthen offers a much more extensive and original thesis than what scholars have grown accustomed to reading when it comes to narratives about the history of modern evangelicalism.

I highly recommend Apostles of Reason as a cutting-edge history of modern evangelical Christianity. It will be interesting to see how the book is received by scholars and educated laypeople within the evangelical community.

Posted by Exploring the Study of Religious History at 10:45 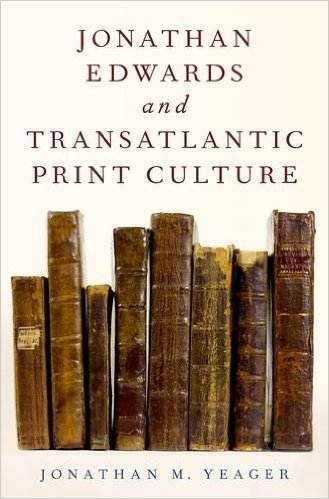 For Sale at Amazon.com 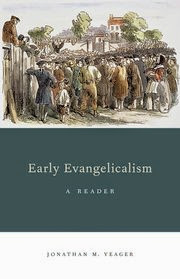 For Sale at Amazon.com

Enlightened Evangelicalism: The Life and Thought of John Erskine

Other Websites and Blogs We Frequent